From what we hear, this autumn will be a fruitful one, challenging the smartphone’s kingdom and setting the market on Fire… try not to leave everyone boiling with rage, thou.

Soon all secrets will be revealed, turning more i-mazing than ever and embracing the new HTML5 standards. Who said you need soft curves and chrome shades to be ultimately en vogue?

Aah… and there’s nothing more welcoming than a patent lawsuit. 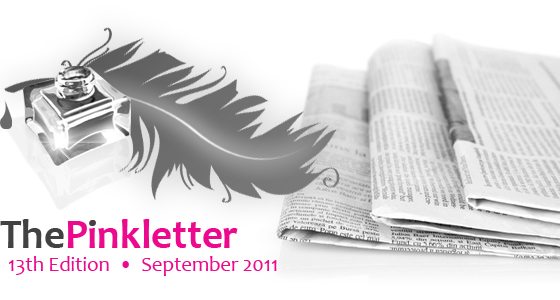 After all other competitors for Apple’s crown have fallen short, Amazon finally raises a worthy opponent, setting the market on Fire and  making an offer we cannot refuse… or can we?

After seriously challenging the smartphones’ market, Microsoft decided to play it smart and not to rest on its laurels… and from what we hear, with its new Windows Phone Mango, is ready to take the lead.

Leaving behind a long and successful marriage, Netflix decided to separate its two services, leaving everyone stunned and boiling with rage. But hey, at least they apologized.

4. Techradar: iPhone 5 Rumors: What You Need To Know

Now that we’re all tired of iPhone 5 ghosts haunting everywhere and of frenetically anticipated shapes and features, all its secrets will soon (4th of October soon) be unveiled. Happy now?

If you didn’t take Google+ seriously at first (but with Facebook and Twitter, who did?), now with the launching of their first API, it sure got everyone’s attention. All eyes on you now, Google.

Remember that really awesome music service that practically rocked the summer? No? (who are you?)… Well, being one of the most requested features, it just got more… i-mazing, for the excitement of many Apple fans.

From what we hear, this autumn will be a quite fruitful one, since every company is starting to reap what they sown. So for those of you who patiently waited, the Windows 8 Developer Preview is ready to be served.

After curiously waiting for Google’s innovative “electronic wallet” payment system to materialize, the launching was viciously darkened by PayPal. Aah…There’s nothing more welcoming than  a patent lawsuit.

Embracing the new HTML5 standards, Pandora reinvented itself, offering its users a new and improved design and cutting off the most annoying listening caps…But apparently not all users were impressed.

Who said you need soft curves and chrome shades to be ultimately en vogue? Well you don’t… not if you’re badged from German fashion house Jil Sander, you don’t. The rest of you, keep hoping.