This month, get ready to add the “who” next to “what” and “where”, while the power balance is shifting once again. So challenge your arch-rivals and turn the Blue into something real as you get older and wiser.

And while you dream of geeky experiments and unlimited Cloud space, chart the path in reverse and enjoy the back-to-school goodies. 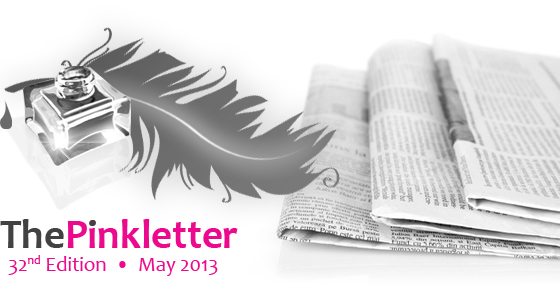 Highlighting the shifting balance of power in the technology business, Yahoo’s recent acquisition – Tumblr, got everyone’s attention. Careful, Yahoo, you promised not to screw it up…

Since tagging friends is one of our favorite Facebook activity, it was only a matter of time until Instagram added the “who” next to its “what” and “where”…

After successfully launching the revolutionary Windows 8, Microsoft didn’t rest on its laurels and started working on some new features, turning the rumored Windows Blue into something real – Windows 8.1.

4. The Verge: Google Glass Apps: Everything You Can Do Right Now

Although still a prototype where apps like Facebook and Twitter feel more like an experiment, Google Glass is undeniable every geek’s dream. But is it a nightmare or is it something worth holding your breath for?

Getting older and wiser with each passing year, LinkedIn became a part of hundreds of millions of professionals’ lives, getting insights of their career aspirations and dream jobs… So happy 10th anniversary, LinkedIn!

Charting a path that’s kind of like Skype, but in reverse, the instant messaging app Viber decided it was time to go from mobile to desktop – adding video calls as well. Isn’t it usually the other way around?

If you thought Apple’s iPhone Photo Stream was cool and a must-have, you will really love Amazon’s Cloud Drive Photos app… although unfortunately only importing photos, we can always hope for an upgrade in the future.

Respecting the recent Android tablets’ tradition, the new HP Slatebook adds more than a dedicated keyboard dock to its laptop-like experience: an amazing Tegra 4 processor… Ready for a test run?

Celebrating the back-to-school season, Sony is ready to introduce some pretty impressive notebooks… but will they only be summer love?