Get ready to break the patterns and to get in the spotlights as you foray into the music streaming arena.

As the others are lurking around the Internet, prepare yourself to make an entrance and to restore the former glory. So be brave and let the Waze help you find your way… after all, out of love or despair, you should have seen this coming. 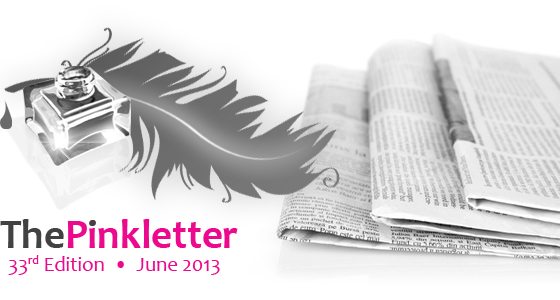 Although thoroughly polished with every device launched on the market, the UI of iOS was starting to look stale. And since everyone else already broke their patterns, it was only a matter of time until Apple did the same.

Far from resting on its laurels after the successful launch of its revolutionary Windows 8, Microsoft is once again in the spotlight, officially launching the improved and long anticipated Windows 8.1.

After Twitter Vine’s almost instantaneous success, is was – obviously – only a matter of time until Instagram introduced its video functionality… Sorry, Vine, you should have seen this coming.

4. Tech Crunch: Vine For Android Gets Updated With Front-Facing Camera

Shortly after Instagram officially launched its video feature, Vine also announced some long-awaited and insistently requested updates… Is this out of customers’ love or out of desperation?

If you thought you’re safe on the Internet, think again: we hear that the Government is lurking through your emails and photos…

Although subject to many controversies, Apple’s foray into the music streaming arena became a certainty with the launch of iTunes Radio at WWDC 2013… but we still have to wait until this fall.

After being banned for 6 long years from the most popular mobile platform – doh, the iOS – Microsoft Office is finally making an entrance. But isn’t the app coming a little too late?

Making some noticeable efforts to restore its former glory, Yahoo! has been rolling out many updates in the past few months… and now it was time for their search page to get a face lift. But will it be enough?

In its relentless search to expand its boundaries, Google will spare no money: not even $1 bilion… we sure hope Waze will help you find your way.

Despite the multitude of music-focused services, Myspace is bravely launching its new version on the Internet, armed with new features and an iOS app.