In this technology jungle, where frogs turn into silver lined princes and former kings get forgotten, take a step forward from the shadow and challenge the market.

So start video chatting and cross your fingers for the Netflix deal as you dream on magical WiFi freedom. We hope this is not jealousy, but reasonable doubt.

Now how about a welcome hug and a law suite? 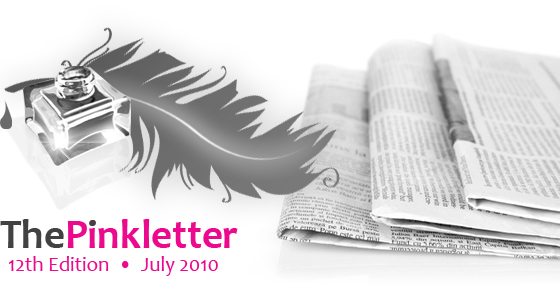 The so much expected Spotify launch in the US, got a warm American welcome: 70,000 subscribers and a patent infringement law suite. Welcome to America, kid!

In this technology jungle where everybody is developing strategies trying to dominate, we hear there’s a new Lion in town… But will the new highly updated, revamped Macintosh OS roar hard enough?

We all agree that group chatting and video chatting on Facebook was barely a matter of time… and it comes powered by (oh, what a surprise!) … Skype. You couldn’t see that coming, right?

After last year’s disappointment on the MacBook Air, the frog finally turned into a silver lined, blessed with Sandy Bridge Intel Core chips, prince… and lets not forget, a matching royal price.

After living for some time now in Apple’s shadow, Microsoft decided to take its Windows Phone to the next level, by launching its highly upgraded and competitive version, Mango… and this time, they mean it.

If you’re a Netflix subscriber and crave for some delicious DreamWorks movies, we bring good news: these two companies might soon reach an agreement. But until then… dream on.

After deciding to go social and challenge the market with the new G+, Google wants to make nice with Facebook and Twitter, claiming there’s room for everyone on the scene… Is it, now?

As the years went by, Nokia’s crown begun to sheer under the outside pressures, and now the brighter and stronger competitors claimed their rightful part. You know what they say: the king is dead, long live the king!

In his relentless search for innovative ideas and advanced computer vision, Google’s new acquisition, PittPatt, started to raise some serious concerns on web privacy… Is this jealousy or reasonable doubt?

Oh, we all have been dreaming of that magical freedom, where WiFi connection knows no boundaries (at least not so many boundaries)… Is this high tech just a dream?