As you enhance your social experience, let the new Atrix woo you with its amazing fresh concept and prepare for the rise of a powerful alliance between two giants.

And while you make the most of your tweets and expect some unique features to impress you, get ready to set your imagination free and you’ll see if the waiting was worth it. Don’t hold your breath, though.

So now we wonder: are the G’s just wishful thinking? 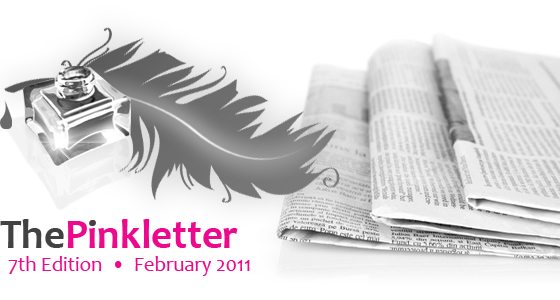 Looking for a way to enhance your everyday social experience? Then stop looking: apparently Facebook kept its promises and is preparing to launch the INQ Facebook Phone… Is this another opponent for iPhone?

Since mobile applications became such a hit, we seem to have forgotten the joy of twitting on wider screens. So here’s a list of 2011’s most promising PC/ Mac Twitter applications that you will just love.

3. IT World: The Verizon iPhone: Where Are The Lines Of Customers?

The moment we all have been waiting since ever – the release of a CDMA iPhone on Verizon, finally turned into reality. But from what we hear, Verizon’s expectations haven’t. So…  was the waiting worthy?

With the release of the shiny new HTC Inspire 4G, the smartphones competition just got more exciting. But are the G-s  for this first AT&T Android phone just wishful thinking?

Since Microsoft’s Kinect was such an amazing launch, why not try to hack it? And from what we hear, Microsoft is going to make it easier, by launching a SDK for Windows 7, setting no barriers to imagination… but what are the costs?

In this battle for supremacy, we hear there’s a new alliance rising in the kingdom between the giant manufacturer Nokia and Microsoft… And it seems like Symbian just lost the crown. Nicely done, Microsoft.

In this high tech frenzy, HP came up with a brilliant new concept, woo-ing us with its new Atrix 4G, a phone that can become the brain for a full-blown laptop. And from what we see, this could be the beginning of an era.

9. All Things Digital: Apple To Unveil iPad 2 on March 2

Yes, iPad was a huge success. But with so many competitors around threatening the tablet’s supremacy, rumors say that the new version will be unveiled on the March 2 upcoming event … We won’t hold our breath, though.

Gunning at iPad’s supremacy (just like many other tablets), HP’s first WebOS TouchPad (not yet launched) announces to bring some unique features to impress… But will it rise to the expectations?