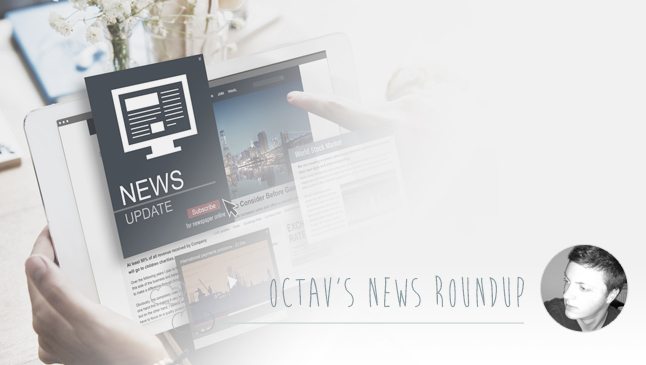 February started a little rocky with President Trump’s controversial decisions. However, the tech world continues to push forward and has released newer and better technologies. Facebook will be available on bigger screens, WhatsApp has a status feed, and major companies have launched shiny new gadgets for us to discover. Here’s what you might have missed from this month’s tech and digital news:

Earlier this month, Trump’s immigration ban sparked controversy among tech industry’s leaders, including Alphabet (Google), Facebook and Apple. Top CEOs have spoken out on the ban, including Mark Zuckerberg and Tim Cook, stating that “[…] your recent executive order will affect many visa holders who work hard here in the United States and contribute to our country’s success.”

2. Facebook is launching an app for Apple TV and Amazon Fire TV

The social media giant announced a new app that will let you watch live videos on much larger screens, such as Apple TV, Amazon Fire TV and the Samsung Smart TV. Considering that Facebook users watch over 100 million hours of video every day, this new app is a step in the right direction.

3. WhatsApp Changes Everything With Its New ‘Status’ Feature

WhatsApp is continuing to expand its horizons with a new feature named “Status”, which is basically a status feed. The interesting thing is that all content on the feed will be visible only for 24 hours. This way, all content will be kept fresh.

We have a new smartphone on the market. HTC U Ultra features a dual display, 3D audio, AI based software, and other cool features. Performance and price wise, HTC U Ultra is at the top of the game. In a smartphone world dominated by Apple and Samsung, HTC’s new flagship is a serious contender.

LG has also launched their new smart watch version – LG Watch Sport. The watch has a sleeker design, improved hardware and software, and a big and beautiful display. Several online publications have already named it “the best standalone smartwatch”, which is a big deal, considering the variety of smartwatches on the market.

If you thought Instagram wouldn’t release something new this month, you’re wrong. The Facebook-owned company released a new feature that allows users to share multiple photos and videos in one post. Sounds great if you want to share photos in an album-like fashion.

Poor Yahoo! It’s not the first time they were hacked. The worst hack they were victims of was back in 2013 when 1 billion accounts were compromised. This time, the total number of customers affected by this attack is still unknown. Will you continue to use Yahoo! Mail?

Planet discovery is nothing new, but this month NASA made the biggest discoveries to date. Out of the 7 new planets discovered, 3 of them supposedly have Earth-like qualities, with a relatively warm climate. Will we find life on them? It would be the most important discovery in human history.