This month, reinvent your dusty image and get ready to see the world through Glass eyes as you see the line between tablets and smartphones getting blurrier than ever.

And as your enemies are counting down the seconds until your fall, prepare for winter and start picking Christmas gifts. But will rising from the grave with a different name change your faith? Let’s hope this is everything we expected.

Now watch your step, there’s a landmine out there. 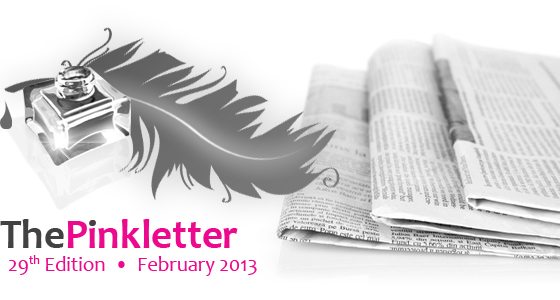 Resurrecting from the grave with a new name, BlackBerry – formerly known as RIM, just launched its new weapon for this war: behold the device upon which the fate of BlackBerry hangs… good luck.

Since Hotmail was old and, let’s admit, a bit rusty – and enemies (here we obviously mean Google) were at the corner, waiting to pounce, it was clearly time for a revamp. So here it is: Outlook.com.

If the Star Trek fan in you hasn’t died already, we have great news… So get ready to see the world through Google Glass’s eyes… but don’t hold your breath, there might be a long road ahead.

Waiting for updates with high expectations, the launch of Google’s Chromebook Pixel laptop left everyone speechless… but this time, not in the good way. Is there more to it that we should know?

Placing considerable blood and sweat into the new handset, HTC spared nothing when creating the new HTC One. From top-notch components to latest technologies, the new toy has everything we expected to.

This ever-changing smartphones’ market is confusing enough for most of us, but now phone-tablets and tablet-phones? Is Asus trying to drive us crazy?

7. Mashable: Ubuntu To Unveil Its Operating System For Tablets

As Ubuntu races to enter in the smart-devices’ arena, a countdown clock is marking their hopeful debut… Be careful Ubuntu, all others are counting down seconds until your fall… tick, tock! tick, tock!

8. The Daily Beast: ‘Game of Thrones’ Facebook App Ascent Just Too Popular In Its First Week

Didn’t you hear? It’s time to prepare for winter… but this time, you won’t be fighting blistering cold and snow, but direwolves and dragons.

The internet has always been like a landmine for most of us, but Microsoft being hacked as well? Is there no security left?