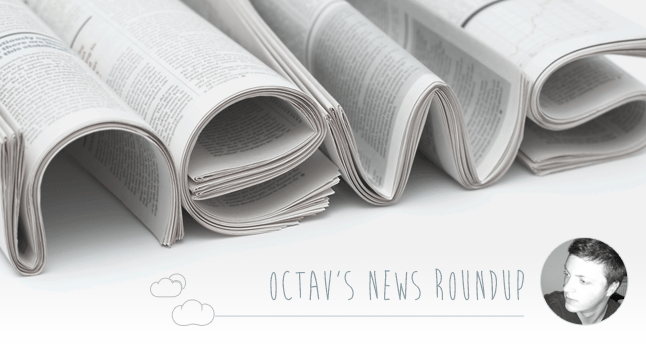 This month, we see improvements in page navigation and copycat apps from major tech companies. Facebook, Google and Instagram have been busy as usual, releasing new treats to satisfy our tech craving. We say goodbye to a veteran website, but welcome a new smartphone to the party and a new Android version.

When your app has 1 billion users, you can do anything (you heard it here first). Ok, if not anything, at least a built-in tool to rival Snapchat. Which is what Instagram did. “Stories”, as it’s called, already amassed 100 million users, which is a sign that Snapchat needs to step up their game.

When I see clickbait articles, I immediately click… on the “Close tab” button. This is why the news that Facebook took notice of clickbaits and will implement an anti-clickbait filter was a delight to hear.

Speaking of annoying stuff you see on websites, Google will be potentially penalizing the ranking of mobile pages with interstitials as of January 2017. Praise Google for this change. Maybe site owners will realize that popups make you annoyed, rather than intrigued.

There seem to be more improvements in the ad department this month. Facebook just improved their “Slideshow” ads, adding the ability to include video and more. But will we “enjoy” them now? Probably not.

Google Duo is another app that was heavily inspired by an established one (FaceTime). Duo is apparently a success and a companion messaging app called Google Allo is soon to be launched. I see some fierce rivalries in the future.

6. 8 Android Nougat features worth chewing over

In the mood for a sweet treat? The Android Nougat may satisfy many cravings, such as those for a better UI and many enhanced features. That’s sweet for sure, but is it good for you?

There’s a new star in the galaxy! The 5.7-inch, stylus-slinging Samsung Galaxy Note 7 is a damn fine phone featuring wraparound glass, brilliant screen, water resistance and expandable memory. Are you wishing upon it yet?

8. Gawker.com will shut down next week

If you’ve just warmed up to the news of Univision acquiring the Gawker Media company, here’s a hotter one: Gawker.com shut down last week under the weight of a crushing legal judgement.

In an effort to appeal to the hip and cool demographic that won’t be caught dead scrolling through the timeline, Facebook launched Lifestage, an app for people 21 and under. High schoolers, rejoice! (Wait, no high schooler will ever read this blog…)

10. Twitter will open its storytelling product, Moments, to everyone

Take a moment to reflect on this: Twitter didn’t waste many moments to join the ranks of Snapchat wannabe apps before it released… Moments. Momentous move? Or just a fashion of the moment?