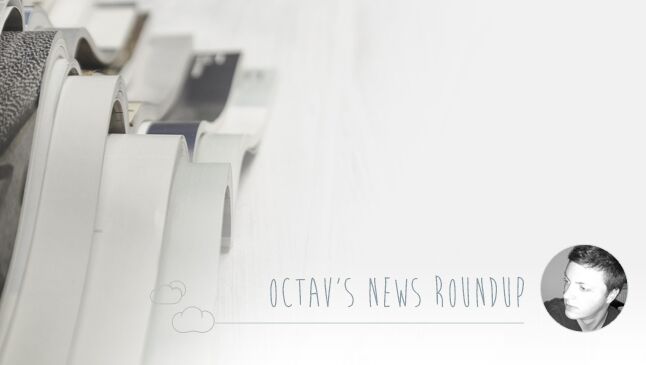 Apple continues to release versions of its iPhone and iOS, while the Apple Watch gets ready for a dip. The Galaxy Note 7 is on fire (literally) and BlackBerry phones grab a shelf in the museum of outdated technology (figuratively). However, the Mars colonization program is at our doorstep and Twitter shows a slight improvement in its character allowance.

Apple fans have rejoiced when the new and sleek iPhone 7 and iPhone 7 Plus were launched mid-September. There are improvements in many aspects, BUT: many have complained about the lack of a headphone jack. Are you switching over yet?

With the launch of iPhone 7 came the much anticipated release of iOS 10. We have new app enhancements and a new Lock / Home experience for those looking for something different in iOS 10. Truthfully, the new iOS looks as fresh as ever.

While we’re on the Apple topic, Apple Watch Series 2 has rolled out and the big change is the waterproof design. You can now take a shower and read the news on your watch! I’m kidding, but it’s true. With this new feature, though, Apple shifts the focus of its smart watch to sports and fitness.

4. Samsung Galaxy Note 7 recall: Everything you need to know

Last month, we saw the release of Samsung’s Galaxy Note 7. Everything was dandy until we heard that the phone’s faulty components are causing battery explosions. Talk about an explosive start. The South Korean company took action and issued a recall of Note 7’s that were purchased before September 15.

Fate hasn’t been kind to BlackBerry phones mostly because of the rise of smartphones. But now, things took a turn for the worst when the Canadian company announced they’re abandoning its phone. So long BB phone, you were awesome.

It’s not Science Fiction anymore – we (a few privileged people) are going to Mars in the near future and possibly colonize it. Elon Musk has big plans for the Red Planet. His space transport company, SpaceX, will build a rocket system capable of taking people to Mars. Who knows, maybe Pandora will be next.

Snapchat (now Snap Inc.) launched its first hardware product – Spectacles, which are basically sunglasses with cameras. This “toy” is capable of recording videos in 10-second increments. To quote a well-known news media outlet, Spectacles are “the pinnacle of millennial hipsters”. Well said.

Ever wanted to write more stuff in your tweets, but photos and tweet links took up some of that precious space? Of course, we all did. Well, now you can. Photos typically took about 20 characters, so now you can write more stuff like the full words of acronyms (JSYK, MIRL, SMH, etc.).

10. Everything you need to know about Google’s ‘Possum’ algorithm update

Is your Google Local page playing “Possum”? A recent algorithm update has left many businesses owners thinking their local listings are gone, where in fact they might only be hidden. That isn’t making them feel any better.