Just like everything else, in time, a brand image gets tired and dusty, no longer able to raise to our customers’ expectations and even to our own. And when that happens, it’s time to let go of the past and start believing in your future: it’s time to think about rebranding.

We all agree a logo says so much about your brand identity and reviving it is definitely a step forward, but  re-branding is more than rethinking your logo design: it has everything from logo and package design to marketing campaigns and strategies for re-exposing the new product into the market.

Unique, but without being over-designed, a logo has to speak for itself, translating your brand identity into images, being simple and memorable… timeless. It’s usually wise not to bend to every trend that happens to blow by, because re-branding it’s not just a matter of style and fashion, it has to stand the test of time.  No one says it should be easy, but if you feel the need to make a change and on top of it to spend some stunning pile of money on it, at least you could make it in a meaningful way.

Here are two companies who really spared nothing to revive their images and classified among the most expensive re-brandings ever.

(When the new leadership decided to return to the initial globe identity, only with a way cooler vision, creating an illusion of a circle, BBC One had to pay over 1.2 millions pounds)

One of the most important things is the reasons you want to proceed for this re-branding process, because sometimes you might find yourself doing it for the wrong ones. So if your company has image problems, hiding them behind a pretty logo won’t change the core of the issue, but it might just buy you some time to make things right and to “rethink possible”, just how AT&T made it. After all, there’s something very refreshing about a successful comeback.

Although being one of the largest casual dinning chains, we hear a damaged image might also be the problem for Applebee’s, who’s re-branding was being accompanied by higher expectations on service field.

And when discussing reasons why, successful marriages between two brands is one of the classic examples where a re-branding becomes the right thing to do, and the new logo is embedding all the hopes for a happily ever after story. This is how it happened for FedEx & Kinko’s.

On the other hand, this year, when the time came for the separation from Edenred (formerly known as Accor Services), Accor decided it was time to revive their brand image and start fresh.

Taking the brand into a new era and giving to the innovation a stylish and timeless shape, when large corporations change their name or logo, they tend to mess up buyers heads, especially when it comes to personal and official documents. So it might take some time to adapt and to apply all the changes involved.

(MasterCard logo was changed in order to integrate the company’s new directions, as a “globally integrated structure and its strategic vision of advancing commerce worldwide”, addressing a “three-tiered business model as franchiser, processor and adviser”. But what’s different this time, is that they use this new identity only in the matters of communications, as a Corporate Signature. )

(We heard some rumors that this particular re-branding didn’t have quite the effect of a rebirth. Some say it’s a matter of questionable reliability, especially when the company that handles your money has fashion concerns. Is that so?)

Most of the companies with significant history tend to put all their endeavor into keeping their identity while adding a fresh touch to the logo design, weather is about the typography design, color palette or adding details.

(This year, Adobe finally unveiled their Creative Suite 5 Toolbox and with it, surprised us with a new 20 years anniversary logo. With a book-like design, Adobe brings to their customers a dynamic and inspirational logo, celebrating the release of their most expected CS 5)

(As the company no longer looked at itself just as a shipping and delivery service, the wrapped package in the logo had to go, being replaced by a sparkling new logo, still keeping the main concept)

(When Apple decided to give their logo a more modern and professional look, this shift brought also a change of name, from “Apple Computers” to “Apple Inc”, as the name no longer matched their company identity)

(Choosing a more conservative approach, Compaq kept the corporate color and just added a futuristic touch to their typography, rethinking this way the image for the most famous brand of laptops produced by HP)

(Combining the essence of its first two logos, the new Intel image makes a statement about the company’s directions and promises to “leap ahead” in every aspect of technology, in order to make its costumers’ life better)

(Using a vibrant color and adding a globe detail, the brand made a statement about how it feels to be the world’s leading document management technology and brought together people from all over the world with an “x”… from Xerox)

(This is not the first re-branding for KFC, but with this one, the company hopes to get closer to its original Kentucky Fried Chicken founder, Colonel Saunders and his famous recipes, and to communicate to its costumers the realness of the story.)

(When Discovery Channel decided to revive its image, it was important to keep the globe as an integrated part of the brand. So they did in a lovely way, by making it a part of the discovery process. Nicely done.)

For some companies, changing the lineup of their products and often, the expansion to some other consumer markets makes a starting point for a re-branding, because in order to succeed, most of the time you need to change people’s perception about your brand identity.

(Searching to add a modern touch to this intercontinental hotel group, Holiday Inn promises to be an “affordable luxury for the people”, trying to change how the brand is being perceived by the mind of business travelers, as it no longer considers itself a family hotel.)

(Celebrating its 100 anniversary, Lancia got themselves a new logo: “aggressive” and elegant, with a smooth shape expressing the passion for luxury cars and giving to their past a modern interpretation.)

(Starting a new direction in their production line, Fiat decided to embrace the future by giving a new interpretation to the original Fiat logo, going way back to 1931 and proudly looking up to their historic identity.)

We saved for last the bronze award winning identity at the 57th Annual Cannes Lion Festival (2010), Aol. Separated from Time Warner, Aol decided it’s time to reinvent itself and promises amazing online experiences, creating a new image as “one consistent logo with countless ways to reveal” and making an analogy to the ever changing content. We are eager to see if the dot behind Aol means the end of an era or just the end.

So when it comes to reinventing yourself, there are a few rules you should always take into count, and one of the most important is to hire the right agency: one that can understand the process of branding and the importance of design aesthetic.

And we would love to make all your dreams come true and help you drive your business forward, revealing the core of the brand and creating from there a fresh and sparkling new image, making the most of your investment and of the ambitious growth plans we know you have.

Here are a few logo redesign examples from our own portfolio: 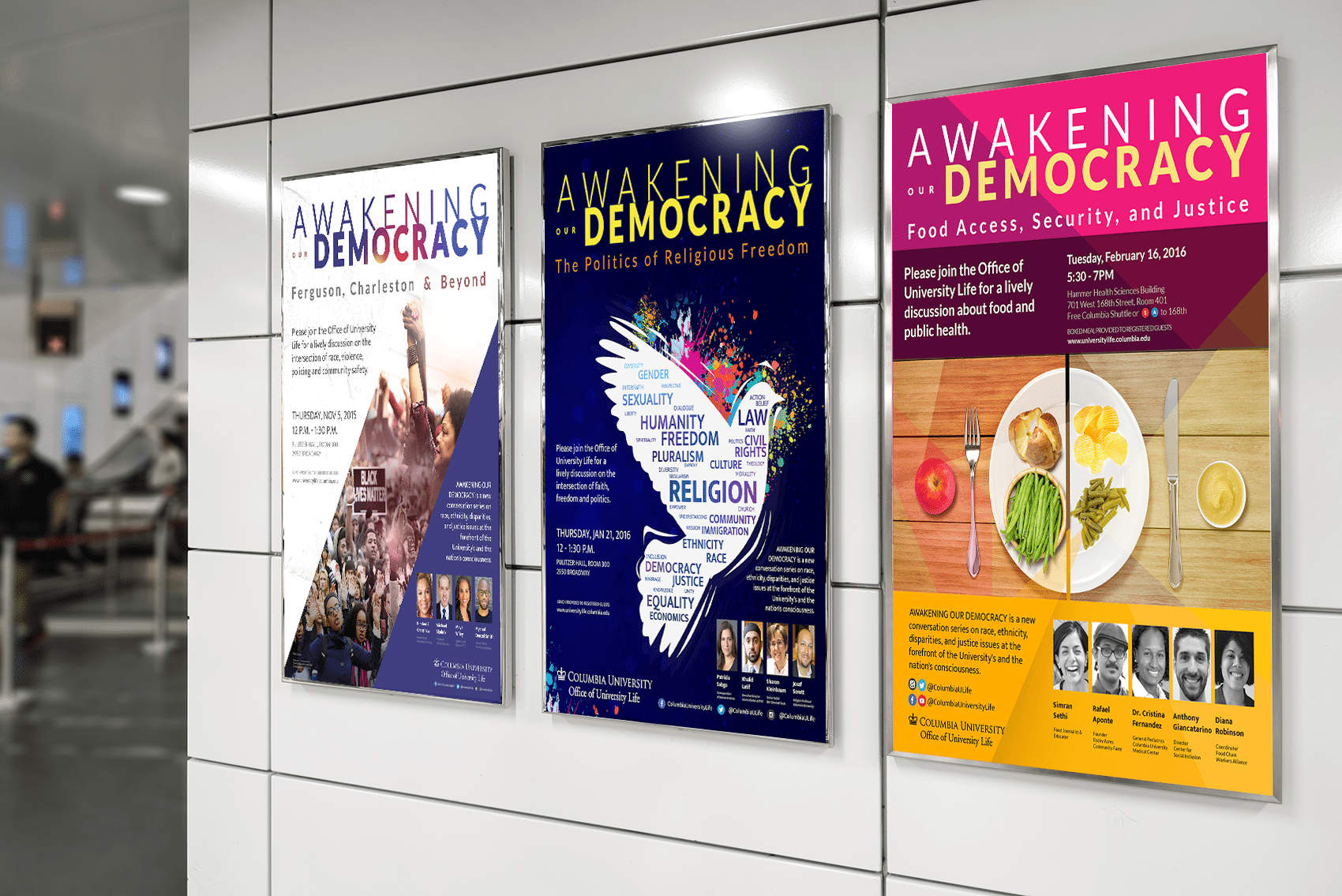 Branding, Graphic Design
How Important is a Great Logo for Your Business? 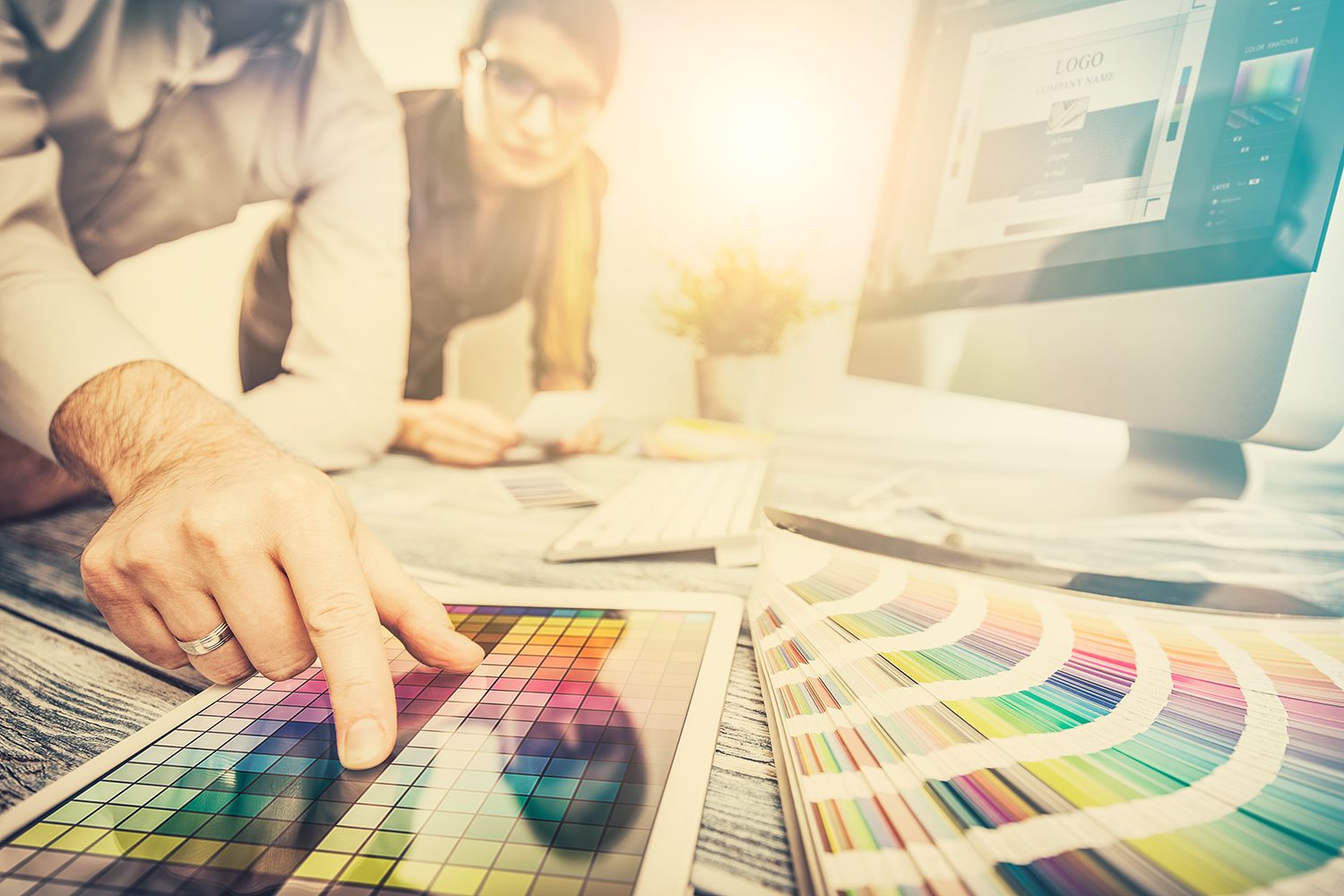